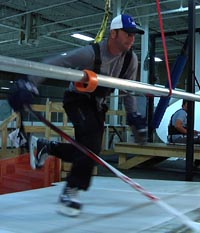 John Madden has done it all in his career as a hockey player. He’s played in all situations and every role. John is regarded as one of NHL’s best defensive forwards, winning the Frank J. Selke Trophy in 2001, and finishing second in 2003, 2004 and 2008.

John’s greatest highlights are winning three Stanley Cup Championships (with the New Jersey Devils in 2000 and 2003 and the Chicago Blackhawks in 2010), winning the NCAA Championship with Michigan in 1996 and setting the NCAA career and single season shorthanded goal records that year with 23 and 10 respectively.

Playing defensive forward requires some of the greatest intelligence and competitiveness demanded of a hockey player. As a defensive forward, you have to ensure you are in the right position and in full battle mindset constantly, no matter where the puck is on the full 200 feet sheet of ice.

John brings that same intelligence and his enormous experience to Competitive Edge in a number of ways. Most importantly, by offering his insight into all of our training protocols as we continually review and refine them to the greatest benefit of all of our clients. It’s the perfect compliment to Scott’s coaching and communication expertise and Andy’s inventive mind.

Over the years John has been a reliable assistant coach on several NHL teams (Check out his current gig with the San Jose Sharks). 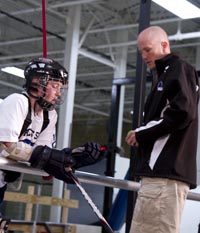 Scott has shown exceptional talent as an instructor and communicator over a handful of jobs as a teacher and manager. That talent and experience is well brought to bear in numerous hockey-related capacities both within the scope of Competitive Edge Hockey and outside of it.

Through this process, he has been a highly sought after coach due to his ability to motivate players and communicate concepts to them in a way that works for each young player.

Scott holds a bachelors degree in Psychology from the University of Minnesota. 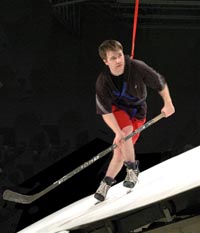 Andy’s wild imagination created the initial spark that lead to the creation of Competitive Edge. That spark was the moment when the Crossover Flywheel was invented.

Through the years, he has labored to thoroughly flesh out the training that takes place on the Crossover Flywheel and surround it with skill development for all of the other components of the game.

Andy holds a BS in Mathematics from the University of Minnesota Institute of Technology.