Brokaw Hockey is the Twin Cities’ leading highly-personalized very elite level program to help players get to the next level. Directed by Competitive Edge partner, Scott Brokaw, for this program, the “next level” means tier one Juniors, College Hockey, or the Professional level. 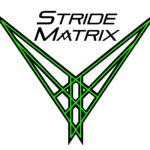 The Stride Matrix brings a new dimension and much greater efficiency for training the on-ice stride using a skating treadmill. Skating treadmills are undoubtedly great training devices, but they can train athletes toward an efficient “treadmill” stride as opposed to an efficient on-ice stride. This is the problem the Stride Matrix was built to solve.

Fury AAA hockey is a Twin Cities based AAA hockey program for girls that focuses on development outcomes throughout their season.  They emphasize a strong skating foundation and build more advanced skills of the game including puck skills and team coordination skills on top of that solid base.

Competitive Edge and Hat Trick Sports Arena have partnered together with one goal in mind, maintaining a positive and fun environment for players of all ages to develop to the best of their ability.

The Minnesota Blades AAA Hockey Club is a non-profit youth hockey association that originated in 1989, initially as the Minnesota Stars. Founders John Arko and Dennis Postregna wanted to give talented Minnesota youth hockey players the opportunity, in the off-season, to travel outside the state and country to compete at the Tier I level.

Former NHL player Lance Pitlick founded Online Hockey Training after inventing SweetHands – a flagship product to help teach the fundamentals of stickhandling to a youth hockey team he was coaching.